Farming Can Be Brutal 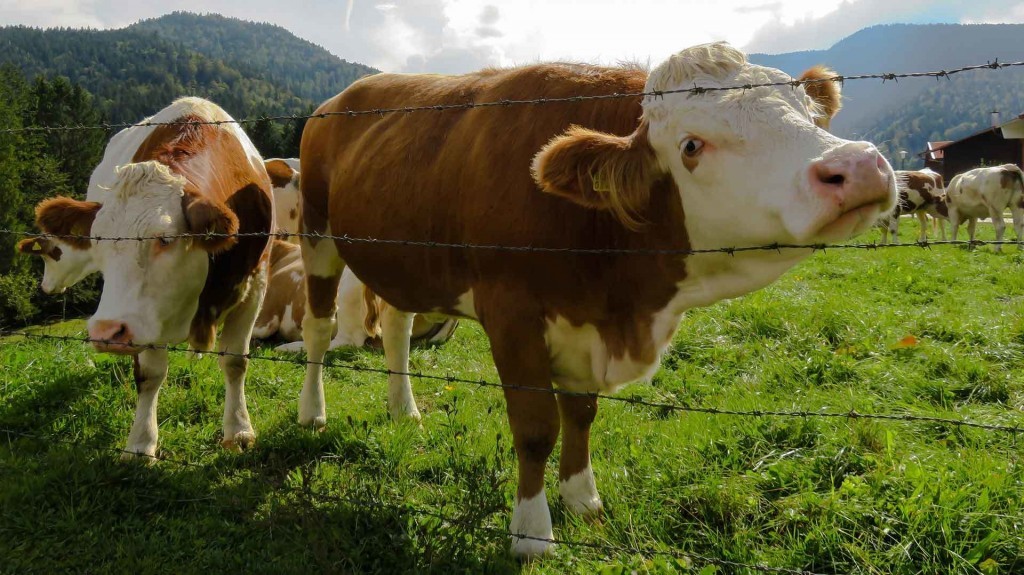 Farming can be brutal. I don’t bring this up as a complaint, but I hear all the time from my faithful meatheads that the stories of our reality are the ones they remember most. This one is a bit gritty, but I think really necessary for anyone who really wants to know what it’s like. Over the years, and especially the last several months, you have heard a lot about the challenges we face. Drought, high input prices, management mistakes, employee issues… you have heard them all (well, most of them). This one is a bit different and tells a lot about decisions we are presented with as farmers and ranchers. Okay, enough of the drama… here is the story. And it stars my beautiful wife Laura!

As many of you locals know, Laura has built up a nice herd of American Guinea Hogs on our Sebastopol farm. We find folks pulled over on the side of the road just to watch the piglets playing with Pearl and the new lambs. They have become our biggest draw both for the locals and those of you who follow us on Instagram on Facebook.

She picked them because they were pretty recently an endangered breed, numbering less than 200 in the US in 2009. They are great for our situation as they are a bit smaller than the Berkshire/Duroc hogs that we get from DGLangley Farms in Petaluma. They are also great because they are known as great foragers, meaning they graze as opposed to root. A rooting hog can rototill a quarter acre inside of a week. This would have been great except, in Laura’s quest for a great bacon hog, she bought a purebred Tamworth sow she named Miss Scarlett (a nod to Laura’s Southern upbringing.)

Turns out pigs really are THAT smart! Miss Scarlett was barley 8 weeks old when she had taught the rest of our “foragers” how to root up a field like a John Deere. She is now banned from the nursery and the pre-school, and we now have a farm that resembles a bomb testing site. Laura promises this will result in lush green pastures in the end! But I digress.

We also have a big ol’ boar named Fred. Fred is very fertile and seemingly can impregnate a sow with a wink and a come hither look. Fred doesn’t believe in the sanctity of marriage or fencing. Inside a year he knocked up Wilma twice and Hazel once, and possibly Miss Scarlett about 6 months before we wanted to start that experiment (check back with us in April about that.) Fred now lives in isolation and has to be fed over the 8 gauge hog panel pen that it took to keep him from becoming the Wilt Chamberlain of the hog world. He is dealing with his anger management issues nicely, albeit slowly.

So Hazel was the most recent to have a litter. She was young and needed some help giving birth. We are so fortunate to have Pete Langley available for all our novice questions. He talked us through it and she had 4 beautiful piglets to tend to!

One of the many things Laura has done a great job of is immersing herself in the management of her herd. I started to panic a bit when we seemed to go from having a few hogs among the sheep and poultry to being in “hog production” as we now have around 15-20 pigs at any given time. But she has it all in hand. Most have already been sold as breeding stock to other farmers, and she has deposits to pay for their care until they are ready to go to their new homes.  We also have a group that is being fattened for harvest so we can actually take the meat and see what we are working with.

So a week or so ago she came home from work and headed straight to the barn to go about her evening chores. She went to check on Hazel and her 4 babies in the nursery. They had been given the run of the outside paddock during the day but were still locked in at night. This particular night only three were in with mama. It’s purposely not that big of a space, so it was easy to find number four, and she was not well. She was breathing hard through her mouth, and very erratically. Laura took a video, sent it to me at the shop and asked me to see if Pete Langley had any advice.

It is important to note that with an 18 year stint in the “professional” world, I have been around ranching most of my life. I have seen all of the unpleasant things that farmers and ranchers have to deal with on a daily basis. Comparatively, Laura has been doing this for like, five minutes. She grew up in Key West… not a lot of hog farms there. She has a tremendous capacity to look out for the well-being of everything, and that serves her well. She learns quickly, and has a sixth sense about when an animal is sick. I think it’s called being a mother…

I sent the video to Pete and he called back immediately. I knew there was a problem when he said he had never seen a pig in that much distress. This was now an issue for the vet. And that creates a new set of problems.

When you have a pet, say a dog or cat, and it gets sick, you take it to the  vet. We have all heard the stories of the pound puppy that ends up costing a couple thousand dollars because it gets sick and little Suzy has fallen in love with it, and we just don’t let pets go that easily. They become part of the family. So you pay whatever it costs.

The equation is much different on a farm. While Laura loves all her animals, she understands that they have a specific purpose. And a specific monetary value. So when a mature sow or prized boar gets sick, you call the vet and spend a great deal on its care because it will provide income for years on its progeny. It’s a little different with a 2 week old piglet.

This one in particular was already sold and a deposit had been taken. So while Laura and Pete and I were conferenced on the phone and Laura was asking about potential causes, my business mind went to the numbers. My questions to Pete were simple. Given his vast experience, did he first think the piglet would make it? Second, would he have the vet come out for a pig so young? Let’s be clear, we would never let an animal suffer because we didn’t want to pay the cost of a vet visit. But, we could end its suffering humanely and let it go at that.

See, here we had a pig that was already sold for $175. To have the vet come out was a minimum of $250, and that’s before any treatment. So as a business, how do you justify that expense? You can’t. But that doesn’t mean you don’t. I left the decision in Laura’s hands, as it was important for her to be able to separate the need to heal with the real costs to her burgeoning business. She decided to take the pig to the vet, which saved a few dollars as it was now 8pm.

After x-rays and tests, it was determined that the issue was probably neurological (that’s hopefully code for “a fluke”) and the total vet cost was around $400. The best we could do was make her comfortable as it was unlikely she would make it through the night. Laura brought her home and did just that. The piglet passed away two hours later.

I know, not the outcome you (or us) were hoping for. That’s the brutal reality of farming. You can do everything right and the animal can still die. Or Mother Nature turns off the rain for a couple years and the crops die. There was some feel good to this story. You wanna know if people care?  We got calls the next morning from both Pete and the vet asking if the piglet made it through the night. See, we all know the reality that we were going to lose financially on this particular situation. But that doesn’t mean we don’t have compassion for the animal, or the farmer that has to make these brutal decisions.

In the end, it was a good experience for my favorite farmer. It was the first time she was faced with a financial decision with such dire consequences. And she made the right call. That piglet is now at UC Davis undergoing tests for cause of death, which will let us know if it was really a fluke or it there is a problem with the genetics in that particular litter. Let’s all keep our fingers crossed for the fluke…