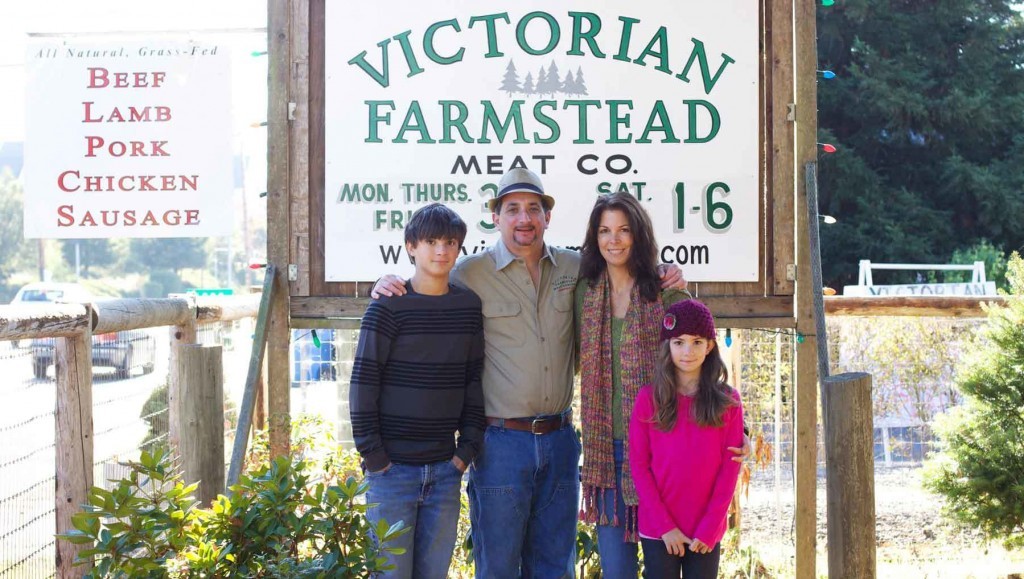 Recently, I was asked to be part of a cookbook and part of that was submitting a bio about myself and why we do what we do, how we got here, etc. After writing it, it occurred to me that there are many new customers that might not know that story. So for those of you that have heard this already, feel free to press pound to skip the rest of this message. For our new customers and friends, here is a very abbreviated version of how we got to here.

Victorian Farmstead Meat Company was started in 2010 as a happy accident; I started out really just trying to find a new way to feed our family. Having grown up in Tomales, CA on an 800 acre sheep ranch raising animals and growing a garden was just what we did. Back then I didn’t give a lot of thought to how they were raised and how that affected what the customer fed their families.

I spent five years in the glorious confines of Cal Poly, Sal Luis Obispo, studying Agri-Business with a concentration in Marketing. You can see why it made perfect sense for me to leave school 5 credits shy of getting my degree to take a job selling employee benefits insurance. That naturally was the foundation for getting me into the world of professional golf as a manager and tour director for the Canadian PGA Tour. All kidding aside, these other careers did become the building blocks for what I do now, mostly because they taught me what I didn’t want to do.

My wife Laura and I, with our two young children Jackson and Molly, lived in Stockton, CA when the financial crisis hit in 2008. Stockton was in many ways the eye of the storm and we were in the thick of it. I would like to say that we were a victim of circumstance and that we lost everything (home, car, business, etc.) because of the corrupt housing lenders, but a lot of it was just poor choices by me. But, being the luckiest SOB on the planet (that’s kind of a common theme in my life), we had a place to go: home. 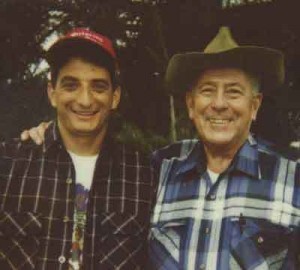 My grandfather, Col. Marvin H. Good, purchased a very special farm in 1972 upon his retirement from the Air Force. It had been a landing spot for several family members over the years and now it was my turn. There is the beautiful main house that my mom and aunt live in and a perfect 3 bedroom cottage that just fit our family. At the time my grandfather was living in the smaller house with my mom taking care of him. By this time he was pretty much bed ridden, but she made him as comfortable as he could be and he was sharp as ever. Arrangements were made, Grandpa moved over to the big house, and on a rainy February day, we moved our family to Sebastopol.

It was Oscar Party night at my mom’s house, and it was packed with friends. We were busy trying to get moved in amidst the rain storm, but we dropped in a few times for snacks and to check in on Grandpa. He was in fine fettle, propped up in his bed with a cocktail and snacks and a 40” TV about six feet from his nose. All the women were dotting on him and he was happy as could be.

He passed away the next morning. I like to think it was because he knew we were home and safe, and he could now join Grandma after being apart for a year. I share this story because he was the most important role model in my life and I try my best to make sure that our business lives up to his ideals.

Now that we were here, what the heck was I going to do? I had no job so the first order of business was to put food on the table. So I bought a couple of piglets from a local farm and ordered 25 Cornish Cross chicks online. It would be enough to feed our family for a while. It got me thinking about how people that didn’t have the land to raise their own meat could purchase it.

The farmers markets were a place that seemed like a natural fit. Meat wasn’t common at farmers markets, and we learned early on that that was a great opportunity to educate folks on where the meat came from and how the way it was raised and what it ate mattered. There were, and still are, so many customers that we meet that want to eat better quality meat, but don’t know who to trust. It became the mission of our company to be the most trusted, transparent source around.

We became the first meat company locally to go to the trouble of bringing fresh meat in clear vacuum-pacs displayed on ice, rather than the frozen white-wrapped that was available. We quickly realized that it wasn’t really feasible to raise everything and handle sales and marketing. So we went to ranchers that I grew up with and our families had known for generations and asked them to raise for us. We had the best beef guy, the best lamb guy, etc. and quickly became known for bringing the very best that Sonoma and Marin counties had to offer to your local farmers market.

Now, five years later, we have grown considerably. We do farmers markets all over the Bay Area. We have our own butcher shop inside Community Market in Sebastopol. This is huge because it allows us to cut custom orders, make our own hand-crafted sausages (Blackened Bourbon Chicken, anyone??) and deliver anything you want to your local farmers market. We have certainly had our struggles. At the end of the day, I think that if we honor my grandfather’s legacy and make sure that our customers get what they pay for, we will be just fine.