The Mother of All Fathers! 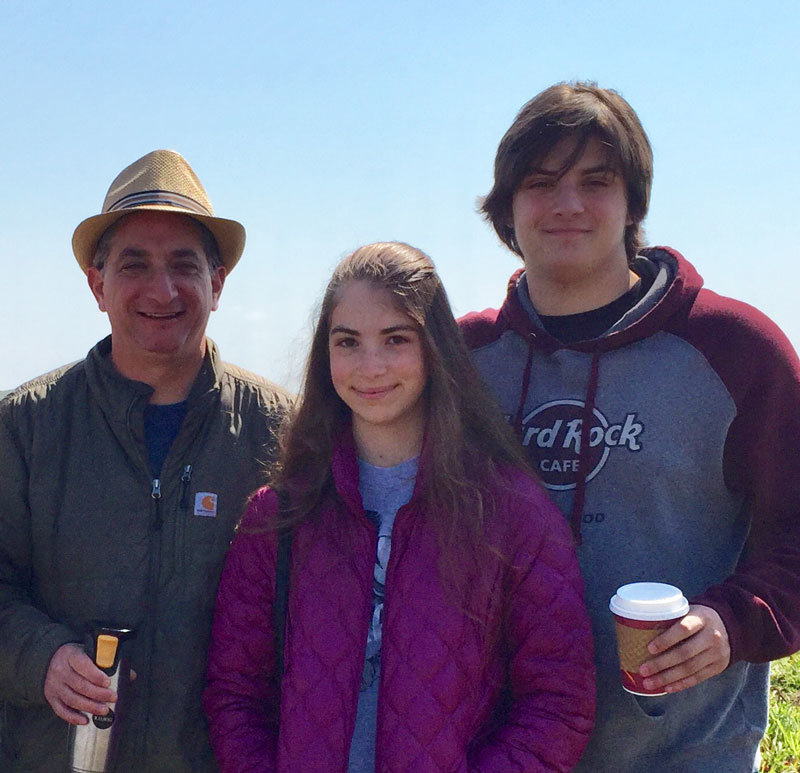 When I think about Father’s Day, I tend to think of the fathers I know that I admire and have influenced me as I have tried to become a better dad. Nobody knows all the private trials and tribulations that go into a parent’s journey through parenthood. I suspect that most have their fair share of mistakes, bad decisions and challenges that even their closest friends will never know about. All I can go by is what I see and what they have shared with me over the years, both by example and in conversation.

I think of Jerry and how he has balanced the life I thought I wanted and managed to be a great dad that his kids, now married adults, respect and look up to. In fact, not just his kids, but a couple of their friends that needed a father figure and got one in him. I have learned that that life wasn’t what I wanted, but that the lessons I have learned and example he set for me are what I strive for. Balance is the key, and Jerry seems to be the master of it.

I think of my grandfather, The Colonel, and how he was there for anyone in our extended family…no matter what. Everything he did seemed to be designed to provide for several generations of our family to have what they needed. Notice I didn’t say “wanted”. Our family never had a vast array of material things, but we always had what we needed. He was the ultimate provider, and I aspire to be that figure for the next wave of generations in our family. As our kids get older and are making bigger life decisions, I hope that I can do half the job my grandfather did for me in providing everything I needed and even I few things I wanted.

And I think of Adam (the name has been changed, and I’m still selfish…I like the name). This is, without doubt, the best father/son story I have ever heard. It’s going to gross some folks out, but try to see the message behind the mucus. I will explain. My friend Adam had felt under the weather for a few days. Light headed, chills, basically flu like symptoms. He stayed in bed for a day and started sweating. I’m talking about the kind of sweating where you change pajamas every hour. After several hours of this, he got up to get some water and as he was walking down the hall he passed out. He quickly came to, his wife hovering over him obviously worried sick. He felt no worse than he had and basically brushed off the loss of consciousness as a freak “thing”. As he insisted on simply going back to bed against his wife’s wishes, she called out to their 20-year-old son. As he was walking back to the bedroom, he passed out again.

Hearing the crash as he bounced off the edge of the bed and off the nightstand, his wife and son came running. When he came to, his 20-year-old son had him in his arms carrying him to the car for an immediate trip to the ER. Adam’s big concern, his dignity aside, was that he would get his son sick. “Put me down, I’m going to make you sick!” he told his son. “Not a chance” his son exclaimed. Calm as can be, he said “Dad, you have taken care of me my whole life. For God’s sake, you sucked the snot out of my nose when I was a baby. You think I’m worried about getting sick? I’m carrying you”.

Turns out that when the son was a baby, he had a terrible cold and was super stuffed up. Not life threatening or anything dramatic, but the baby was clearly suffering. Adam and his wife couldn’t find that little bulb thingy that every parent has to help clear the breathing passages of a baby that obviously can’t blow his own nose. So, done with watching his new born son suffer, he did the only thing he could think of. He literally sucked the snot out of his son’s nose.

Gross? Sure, if it’s not your child. But a parent’s desperation to ease the suffering of their child knows no bounds.  I am super squeamish when it comes to bodily fluids. So, I have a hard time even contemplating this action. While it seriously makes me shudder just to think about, I totally get it and I hope that I would do the same thing in the same situation. Actually, I hope that my wife would know where the bulb thingy is, but short of that, I hope I would do the same thing.

There are a million stories of the things that a father would do for his kids. This is the one that I will remember for all time. It’s not that Adam was willing to do that for his baby. It’s that 20 years later, probably after hearing the story as a funny family tale many years ago, it was the thing that his son remembered when his dad needed him. It was the first thing his son thought of when he thought of all the things his dad had done for him. And it was probably the thing that reminded him just how much his dad loved him and how much he loved his dad.

My relationships with my biological father and step-father reside in very muddy waters. Maybe someday those relationships will heal, maybe they won’t. The one thing that I’m sure of is that I have great role models in the men I mentioned above and many others to learn from and emulate as I work to become a father that my kids can respect, be proud of, and most importantly talk to through all the stages of their life. Laura and I are pretty lucky. We have great kids that make it really easy on us. They are smart, self-confident and well-adjusted. I know I am a better father today than I was yesterday. I just hope that my growth as a dad keeps up with them. I hope that as they move through life they will have that seem feeling about me that “Adam’s” son had when that memory struck him at that moment. And on this Father’s Day, that is my wish for all of you dads out there.